University of Tehran at Webometrics Ranking Muharram mourning ceremony held at UT main campus How Effective is the Thermal Performance of a 3D Printed Building?

visits:568
UT PR: At an event presided by the President of Iran, five national technological projects, including the project on the “Enhancement of the Electromotive Force in Electric Shuttle Buses” conducted by UT researchers, were unveiled.

President Rouhani expressed his satisfaction with the progressive trajectory of Iran’s science and technological innovation in a time of economic war.

President Rouhani also stressed that the advancement and development of our country are predicated on planning and implementing a knowledge-based economy.

President Rouhani issued a mandate for the official inauguration of five projects, the carrying out of which cost a staggering 384 billion tomans. The five technological projects inaugurated at the event are as follows: Kashan National Observatory, Innovation Hubs in Kashan and Tehran, a permanent Trade Fair of Iranian Exports, the project on the Enhancement of the Electromotive Force in Electric Shuttle Buses, and the Innovation Factories of Kermanshah Science and Technology Park. 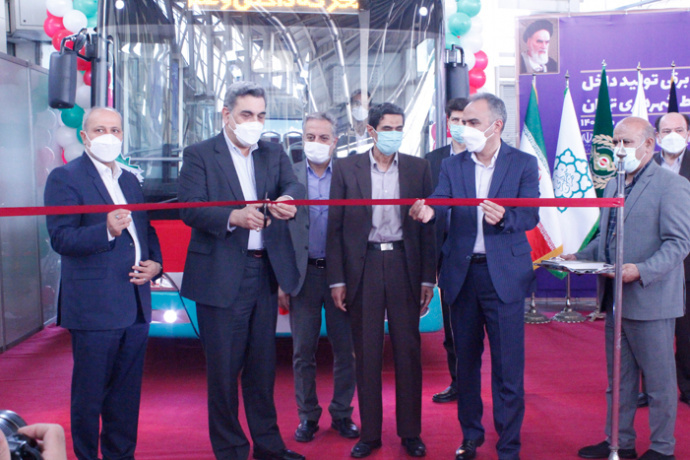 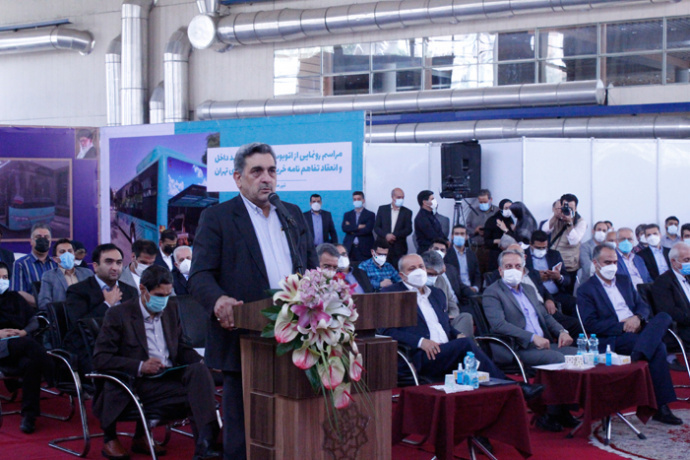 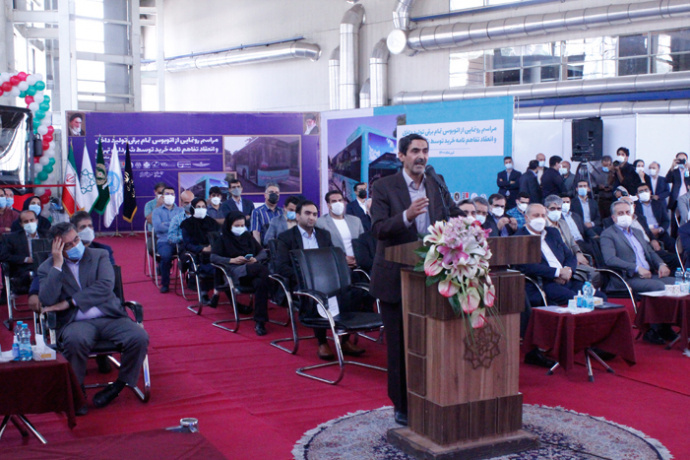 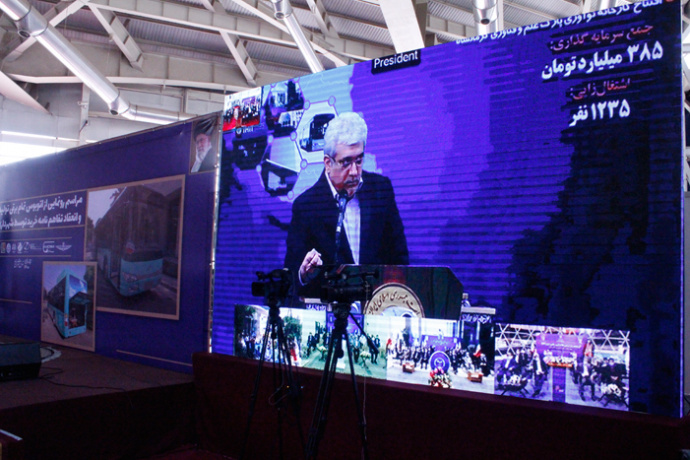 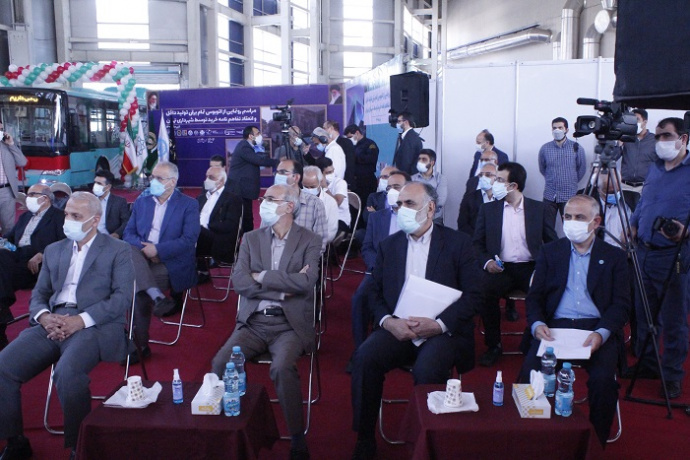 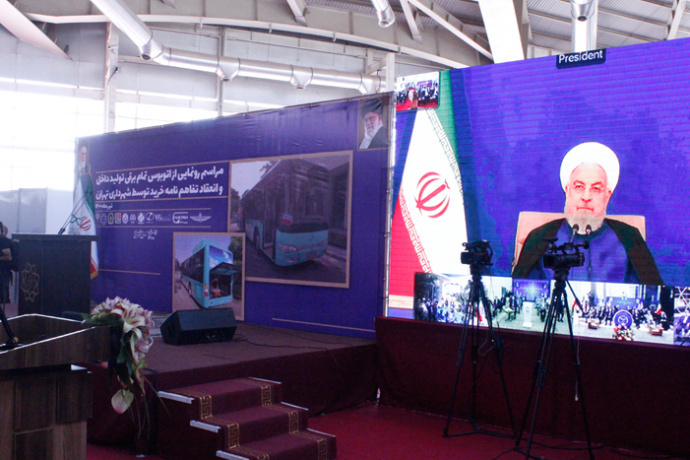