The news of the achievement of UT Students as appeared in the Website of SIAS University, China:

Tuesday, November 5 - The 4th AUAP (Association of Universities of Asia & the Pacific) Student English Speech Competition (SESC) opened at Sias University on the 4th of November. The competition brought competing students from 7[11] countries to Sias to showcase both their English language and oratory skills.

The Secretary-General of the AUAP, Prof. Dr. Ricardo Pama, delivered the opening speech before the start of the competition. He said that the previous 3 competitions were held at the Suranaree University of Technology in Thailand, Daegu Health College in South Korea, and Siam University in Thailand. He said that this competition was organized because the AUAP was heavily involved in internationalization in the Asia-Pacific region, and it would help students internationalize themselves. He also said that the AUAP had now grown into one of the most active and relevant university associations in this part of the world. The emphasis of their activities was not only for faculty and university administrators but for students. He added that next year the AUAP would host its first Student Debate Competition at the University of Tehran.

He thanked Sias University for hosting the competition and said that it was known as one of the most active educational institutions in the region with regard to internationalization. In closing, he congratulated the 25 participants who had come from various parts of the Asia-Pacific region including the Philippines, Indonesia, Iran, Bangladesh, and India.

The format of the 4th AUAP Student English Speech Competition included 3 elimination rounds, with the final round held on the 5th of November with 5 finalists.

On the afternoon of the second day of the competition, the 5 students who made it through the elimination rounds took part in the final round. The finalists were asked to give an impromptu speech on a previously unseen topic decided on by the judges. The third place award, presented by Prof. Guo Junfeng, was won by Negin Arabi from the Department of Dramatic Arts and Music, College of Fine Arts, University of Tehran, Iran. The runner-up award, presented by Prof. Dr. Ricardo Pama, was won by Zuo Shi, from Sias University. The winner of the 4th AUAP Student English Speech Competition was Mohammad Hossein Yousefi, from the Department of Electrical and Computer Engineering, College of Engineering, University of Tehran, Iran. The first place award was presented by the Founder and Chairman of the Board of Sias, Dr. Shawn Chen.

The closing speech was delivered by Dr. Chen. He said that he was glad that he could attend the finals as it was the first time that Sias had hosted the AUAP Student English Speech Competition. He said that he deeply appreciated the opportunity given by the AUAP for Sias to host the competition as it gave students at Sias the opportunity to experience the talent and skills of the participants. He congratulated the winners, welcomed the participants from across the Asia-Pacific region and encouraged them to return to Sias. He thanked the judges, the participants, and the organizers that included the AUAP, Sias’ School of Foreign Languages and the Office of International Affairs at Sias. He also said that he wanted Sias to host more competitions, particularly those of the AUAP, to promote the internationalization of higher education at Sias. He closed by encouraging the participants to learn more about Chinese culture from their time spent at Sias.

The AUAP organizes regular conferences and workshops for higher education leaders and institutions in the Asia-Pacific region. It enhances mutually beneficial cooperation between its member institutions.

Note: In addition to the above two students from University of Tehran, Ms. Zahra Heidari from the School of Civil Engineering, College of Engineering took part in the compeition and won the first round of the competition. 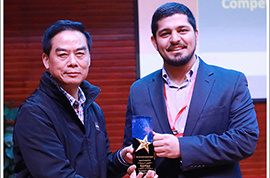 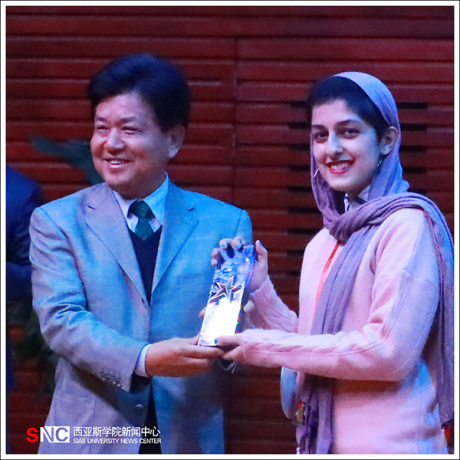 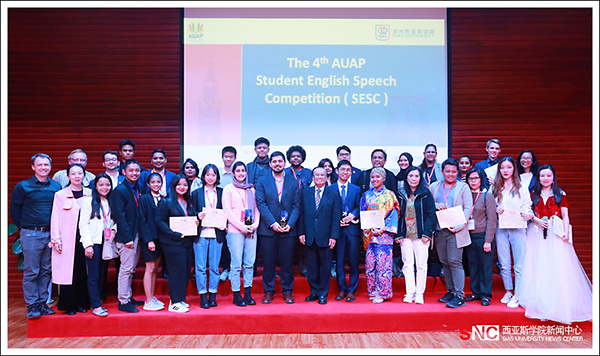