Father of nature: a lifetime dedicated to environmental protection

TEHRAN – Gholam-Ali Beski, physician and environmentalist who dedicated a lifetime protecting the environment and promoting public awareness on climate change, passed away on Wednesday, leaving the nature to the people hoping for tougher measures to preserve the remaining natural resources.

Born in 1931 in the northeastern city of Sabzevar, Beski was known as the “father of nature”, for his courageous efforts on preventing deforestation and conserving the nature.

Quite unlike many, Beski spent his life perfectly delightful of living in the middle of a forest, away from most luxuries, in some cases even necessities.

A physician, environmentalist and benefactor; what truly sets Beski apart was his love for the environment, natural resources, and forests. So committed was he to raise awareness on climate change and environmental protection, he also has made curing illnesses his life's mission.

Voicing concerns about deforestation in the country, and urging responsible bodies to take action in this regard was an inseparable part of his life even until the last moments of his life.For over 40 years, he worked to promote healthy living among people being a raw vegetarian, after dealing with his multiple illnesses.

Beski also spent years to study herbal medicines believing that the illnesses are not cured with medicines but with healthy lifestyle.

“Illnesses are a sign of disrespectful behavior towards nature,” he once noted.

He spearheaded a movement when he established a hospital, a high school, a school for gifted students who are financially struggling, and a mathematic center in Gonbad-e Kavus in Golestan province.

He also founded the Dr. Beski's world foundation for preservation of life with the aim of safeguarding the environment.

He completed his education in Tehran University of Medical Sciences in 1966; receiving his PHDs in medicine, obstetrics and gynecology. In 1952, he married and had four children when he passed away at the age of 88.

In 1970, he left the city to Golestan forest, where his several chronic diseases, such as cataract and purulent bronchitis, back pain and skin problems were treated.

Voicing concerns about deforestation in the country, and urging responsible bodies to take action in this regard was an inseparable part of his life even until the last moments of his life.

Beski spent a part of his wealth in research of environment and lectures on environmental issues, climate change, chemical wastes and the benefits of healthy diet in order to raise public awareness.

The body of father of nature was buried in the village of Tangra, in Golestan province. 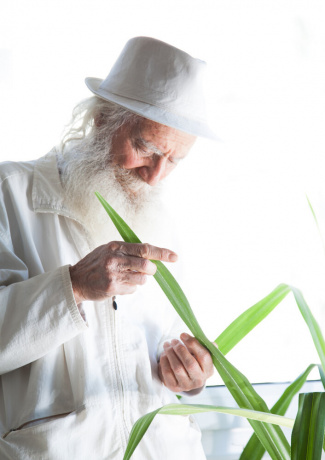