Aziz Mahdi, a Persian scholar, who teaches youngsters in Delhi

Aziz Mahdi, a Persian scholar,[a former UT graduate] on how he balances his love for images and the language of his forefathers.

To get us, in Delhi, at least a little bit curious about understanding Iran, Aziz Mahdi, a Delhi-ite who lived for a decade in Tehran, where he studied Persian and then taught the language, is showcasing a pictorial exhibition. On display are 40 photographs (selected arduously out of 50,000 images) in different sizes, of this West Asian nation that gives us a glimpse into its culture and history. Aziz, or Dr. Mahdi, as he is fondly called by his Iranian and Indian students in Tehran and Delhi, has used handmade German paper to print on, ensuring the pictures last a lifetime.

Little is known in India about Iran, barring its “political and bureaucratic side”. On the other hand, there’s a fair amount Iranians know about our country. “Some people think Iran is a desert country. Even my father’s friend asked me if I got adequate drinking water in Tehran. I had to explain to him that there are reservoirs all across the country.”

Between 2005 to 2016, when Aziz lived there, doing a Ph.D. at Tehran University, he would get asked questions relating to Amitabh Bachchan, Shah Rukh Khan and Salman Khan. He’s watched Sholay in Persian, while travelling on a bus there. “Most Iranians know that India is a nation of diversity and democracy. They describe India as Haftado do Mellat. In English, it would mean a nation of 72 ethnicities.”

As a history student at Jamia Millia Islamia in Delhi, Aziz had come across a classical dome of Persian architecture umpteen times in his textbooks. But the moment of seeing the Sheikh Lotfollah Mosque was something else. A perfect example of preserving heritage, it was built during the Safavid Empire, in the early 17th century, and has now been designated by UNESCO as a world heritage site.

“It was almost a surreal experience. Architecturally speaking, Sheikh Lotfollah Mosque has a perfect dome. Domes are usually uneven structures. It also has glazed tiles. It was a palace of princess; royal women would go through the tunnel and come back.”

Everyday life and some of the exotic

The exhibition has different aspects of daily life, along with architecture. There’s the Zoroastrian side of Iran with the Chakchak Fire temple; a ring seller leaning on his bike, the confidence in the way he wears his hat; the scissor-maker, an elderly man, with eyes sans pessimism, despite his years. Tehran as a cosmopolitan city comes through in a picture of a wedding where the bride and groom wear Western attire.

Early on, one of his friends gave him “sane advise” that if he wanted to be an Iranologist, he needed to know the country inside out. One way was to study it; the other, was through travel. “I explored this scenic country. However, I still like describing myself as a part Iranologist,” says the 36-year-old, who stands at six feet, four inches.

Aziz’s father, Akhtar Mahdi, retired as professor of Persian language and literature from JNU. “While growing up, I was guided by him and learnt how Persian is important from the historical perspective. From the 11th century onwards, all our official documents, land deeds of the State and historical texts were printed in Persian. So for 800 years, Persian was the official language until the Mughal rule ended and the British abolished it.”

In fact, Urdu is the daughter of Persian. “It was used during Nadir Shah’s military campaign. It was basically a camp language which was spoken by Persian and Turk soldiers.”

He has roots in Persia too, with his forefathers migrating during the Mughal reign. As for photography, he’s dabbled since childhood, but he began taking it seriously only in Iran. “The sheer beauty of Iran supported the artist in me. Architecturally, it grabs the eye.”

Living in Delhi, where he was used to seeing smoky skies, Aziz was bowled over by blue skies of Tehran (also seen at the exhibition). “They were a welcome relief. Cleanliness and absolute stunning weather are other features of this country.”

His next step is to do a coffee table book. “Not many Indians have stayed in Iran for so long,” says Aziz, on a parting note.

Courtesy of The Hindu 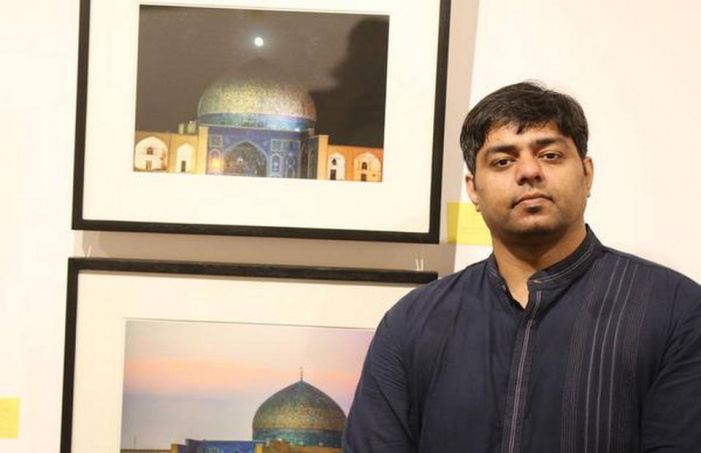 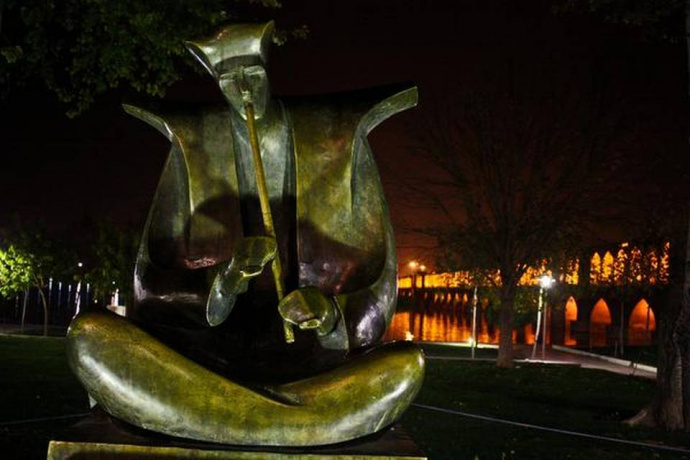 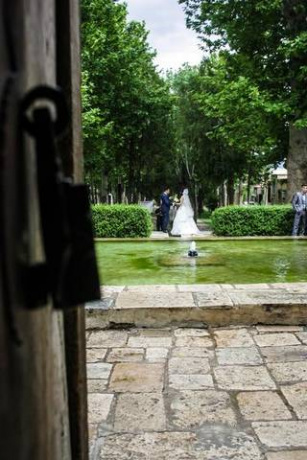