TEHRAN, Apr. 23 (MNA) – The International Conference on Conservation of 20th Century Heritage from Architecture to Landscape [was] held on 23-24 April 2019, in the Iranian capital Tehran.

The main topics of this conference was about the conservation and revitalization of modern and industrial heritage in Iran around the "legal capacities and processes", "tourism and economy" and "future perspectives and impact of the 20th century in Iran”.

The conference was chaired by Tehran's mayor Pirouz Hanachi as the representative of Docomomo International in Iran, and attended by representatives of the organization from Japan and Germany. Experts from other countries including France, Turkey, the Czech Republic, Bosnia and Herzegovina, Spain, Belgium, Netherlands, Taiwan, Serbia  also participated at the event.

Courtesy of Tehran Times (with a slight amendment) 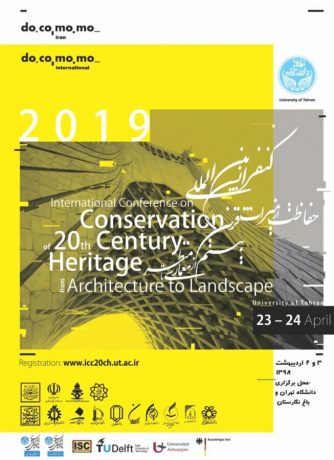