TEHRAN - Iranology Foundation will host an international conference on Zagros in order to explore human origins, archaeology, geography, ancient rituals and myths across the mountain range.

Titled “Investigations on Origins of Human Life in the Zagros Mountains”, the event will also explore archaeological genetics, importance and advantage of anthropology studies, structural geology, and burial ceremonies in prehistorical times, as well as religion and culture scenes in the region.

The northwest-southeast mountain range is extending from the border areas of eastern Turkey and northern Iraq to the Strait of Hormuz. It is about 1,600 km long and more than 240 km wide.

The mountains are an imposing natural barrier and have traditionally provided the boundary between cultural and political entities, including the early Mesopotamian and Median cultures, the Parthian and Roman empires, and, more recently, the Persian and Ottoman empires.

The mountains and foothills that approach the range are home to a significant portion of Iran’s population, including, in addition to ethnic Persians, significant numbers of Assyrian Christians, Kurds, and Turks as well as Lurs, Bakhtyari, and Qashqaei tribal groups.

The traditional economy is based largely on animal breeding, and the production of high-quality rugs and carpets has long been a mainstay of the region.

University of Tehran, Shahid Beheshti University, University of Cambridge and the Neanderthal Museum are amongst contributors to the event, which will be held on April 29. 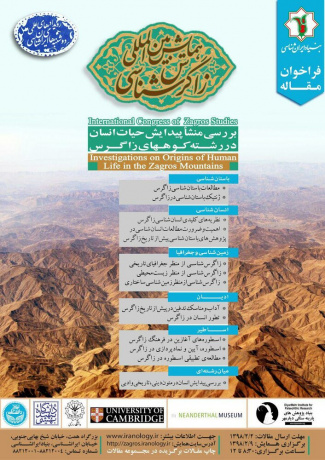