On 29 November, Prof. Nikos Kotzias attended the Faculty of Law and Political Sciences, University of Tehran and presented a speech on Greece, Middle East and Europe. During his speech, the Greek Foreign Minister referred to long standing relationship between the two countries and described the present situation of Greece and its geopolitical situation specially in connection with recent refugee crises in the Middle East. He further emphasized that despite many problems imposed by the crises, the Greek nation has welcomed the refugees and it is important to have stable governments in the region to prevent such crises. He also asked for promotion of greater bilateral relations between Iran and Greece in particular academic relations. The presentation was received warmly by professors and students and a question and answer session was also held in the event. At the end, the Logo of University of Tehran was granted to him by Prof. Mahmoud Nili Ahmadabadi, the President of University of Tehran. 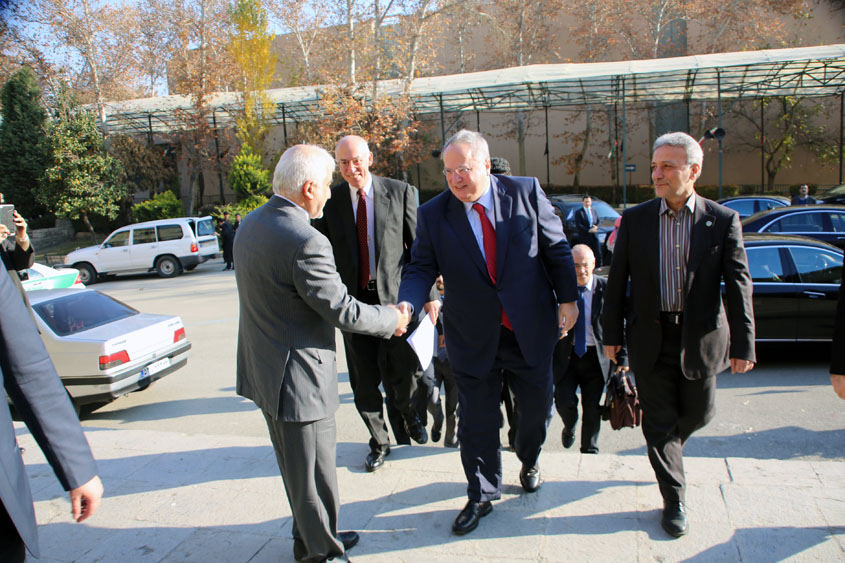 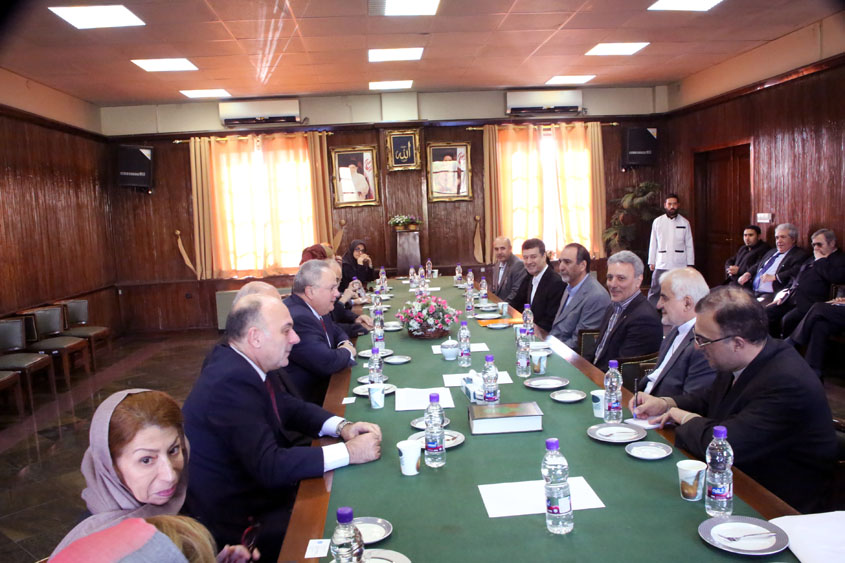 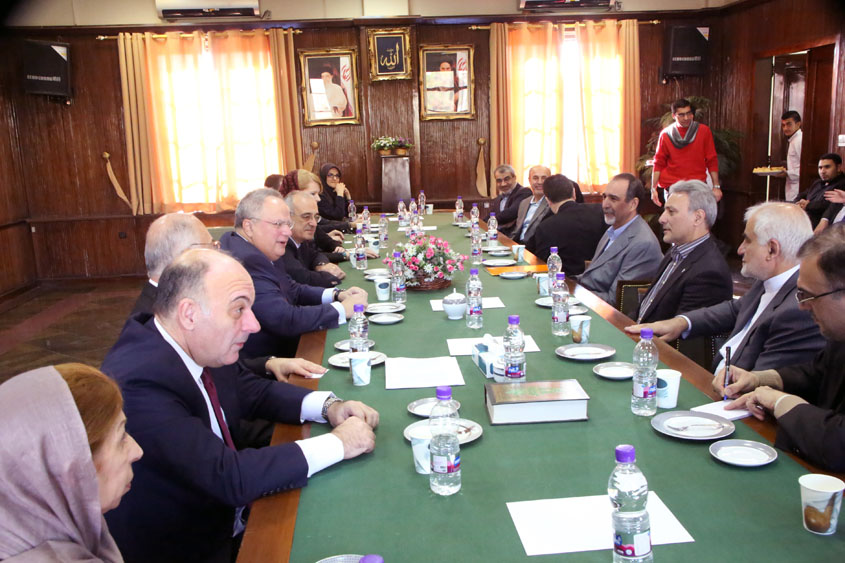 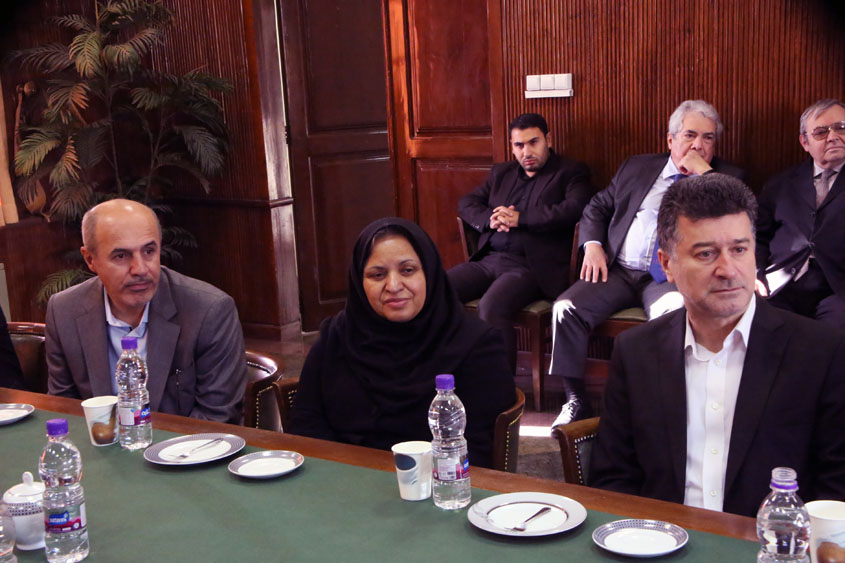 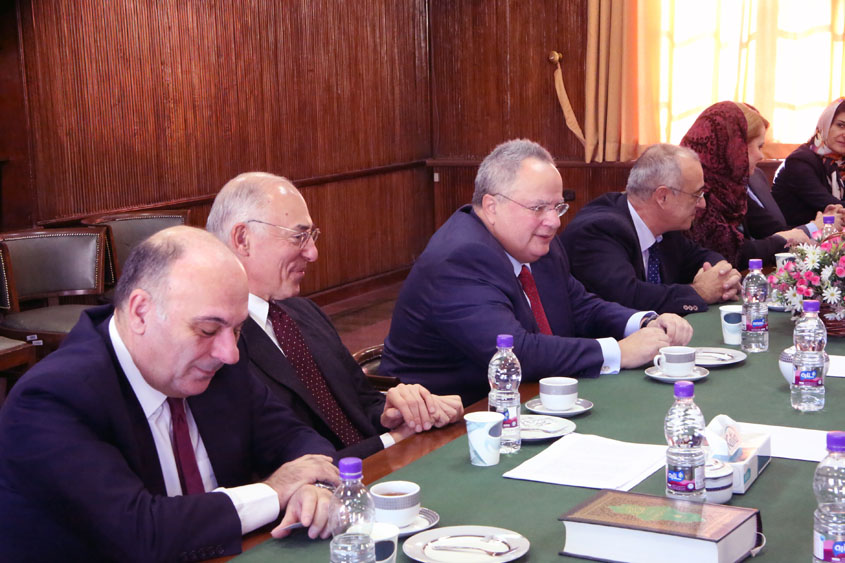 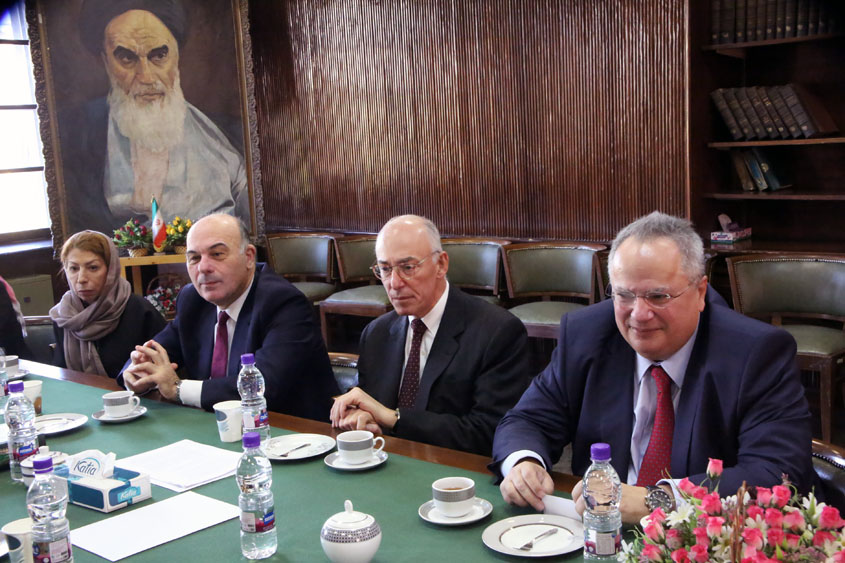 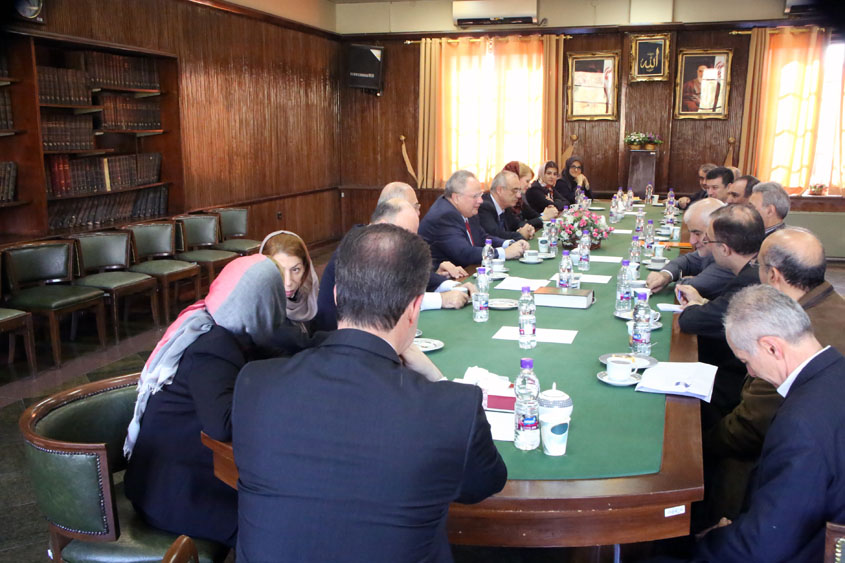 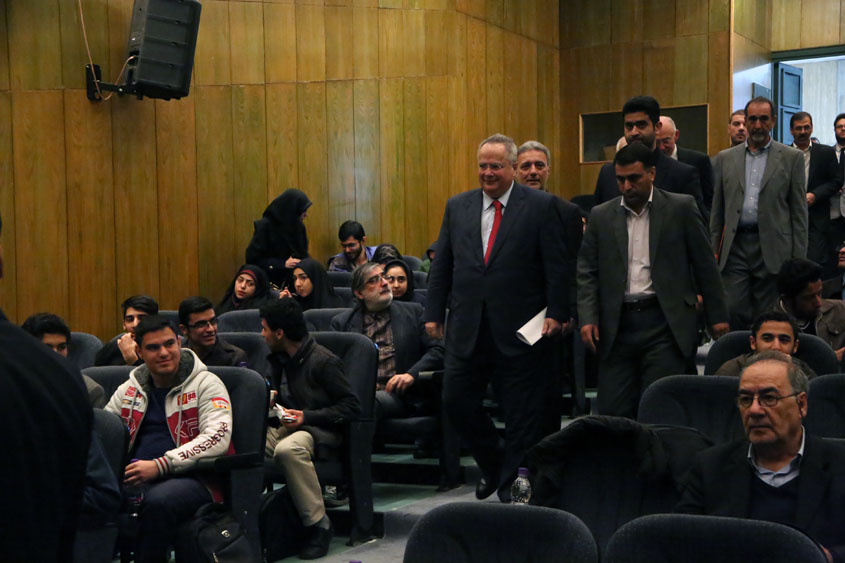 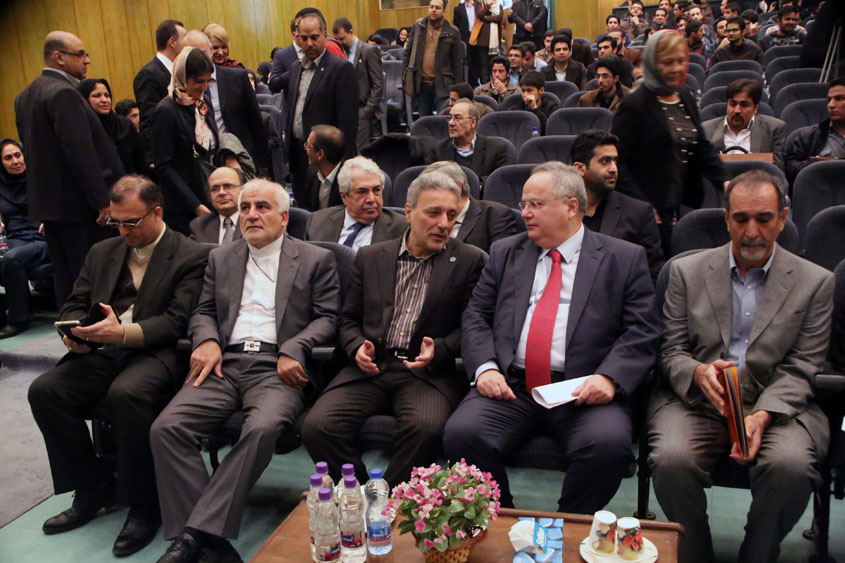 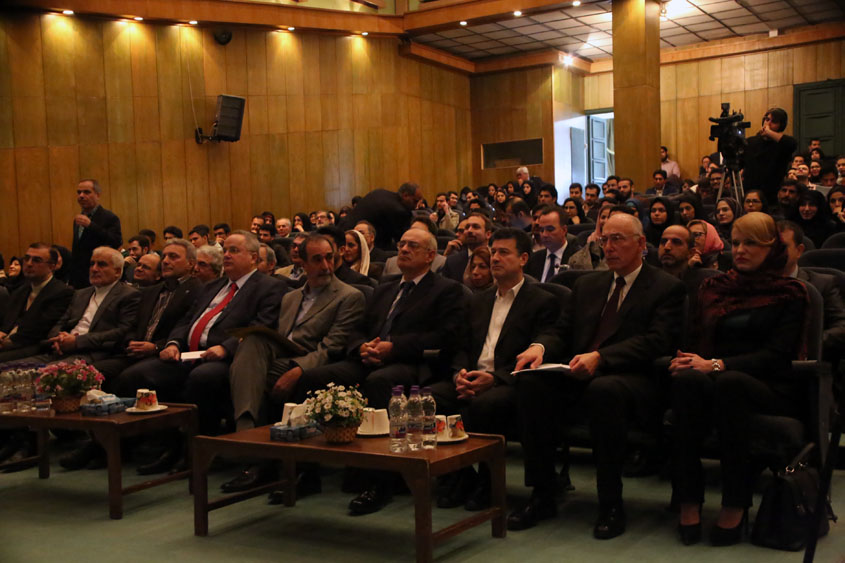 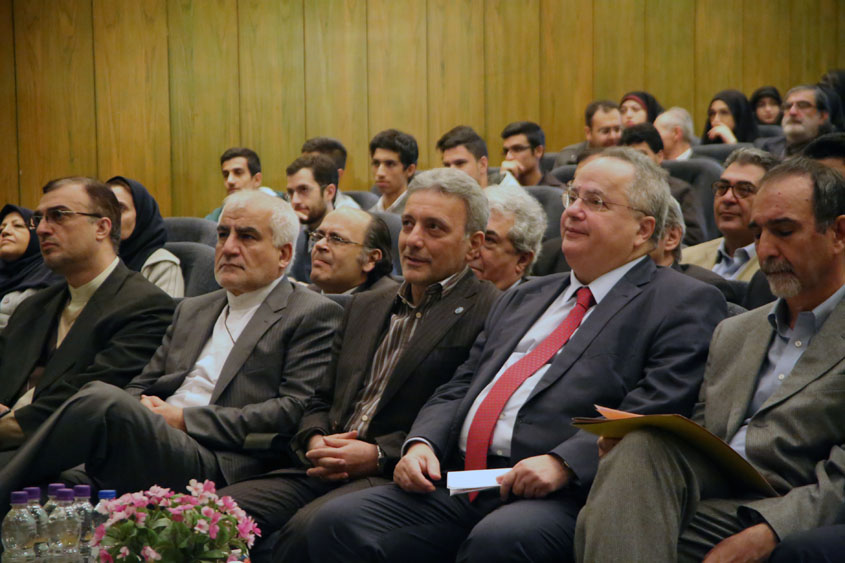 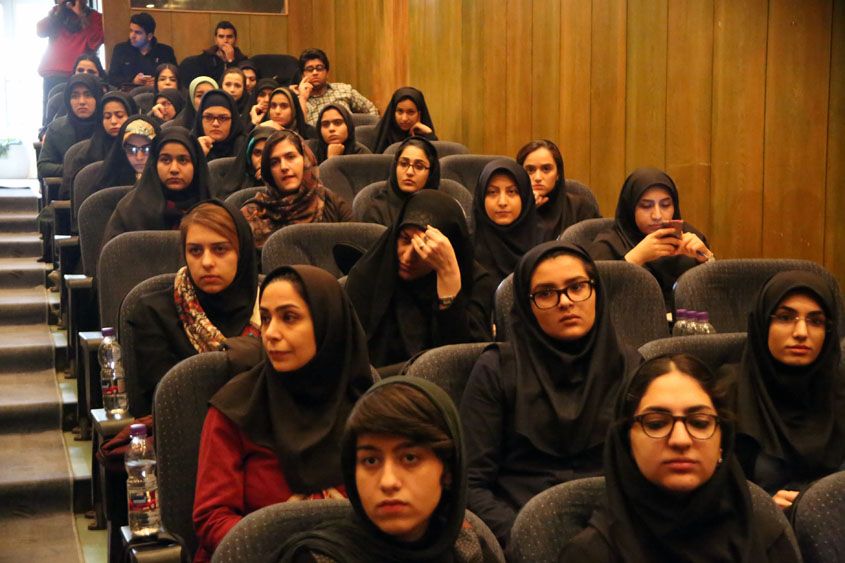 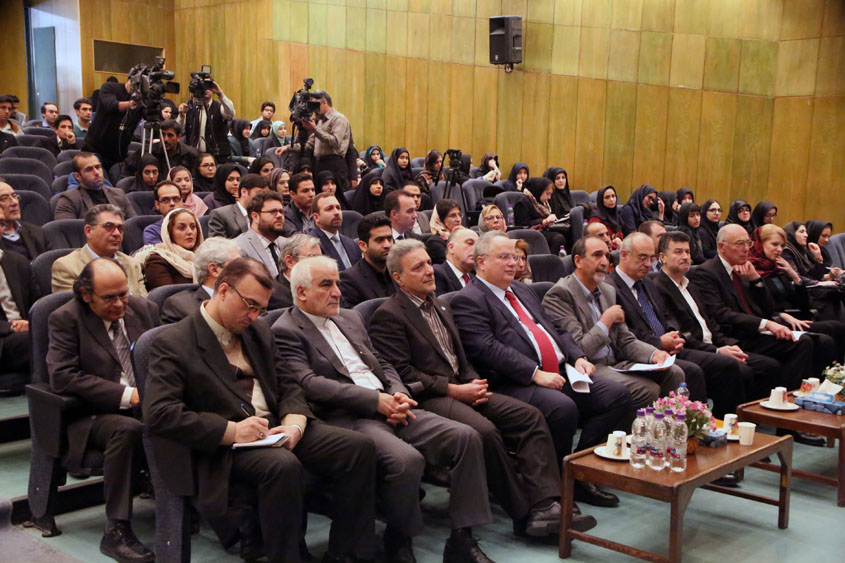 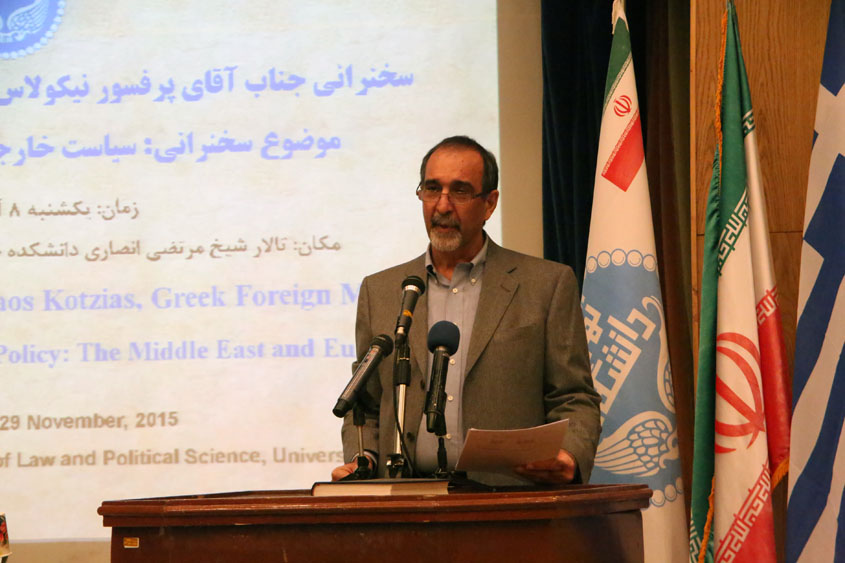 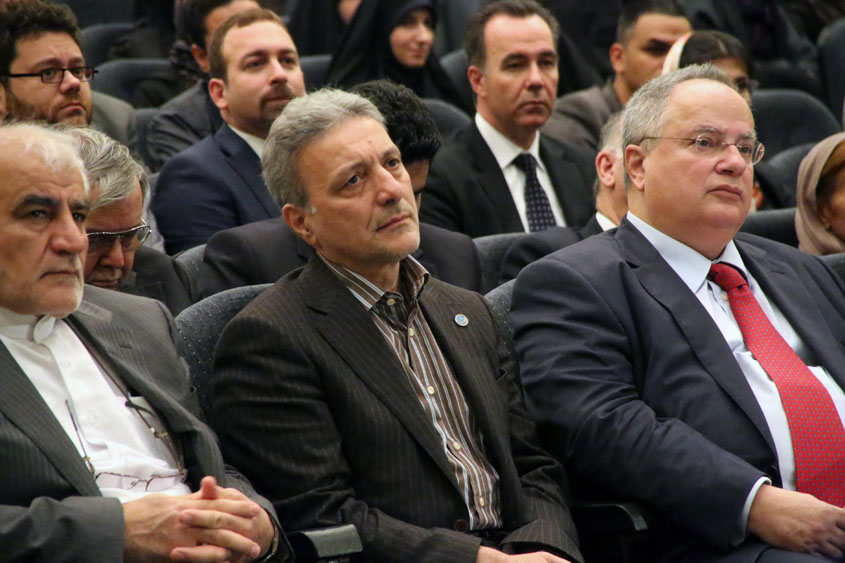 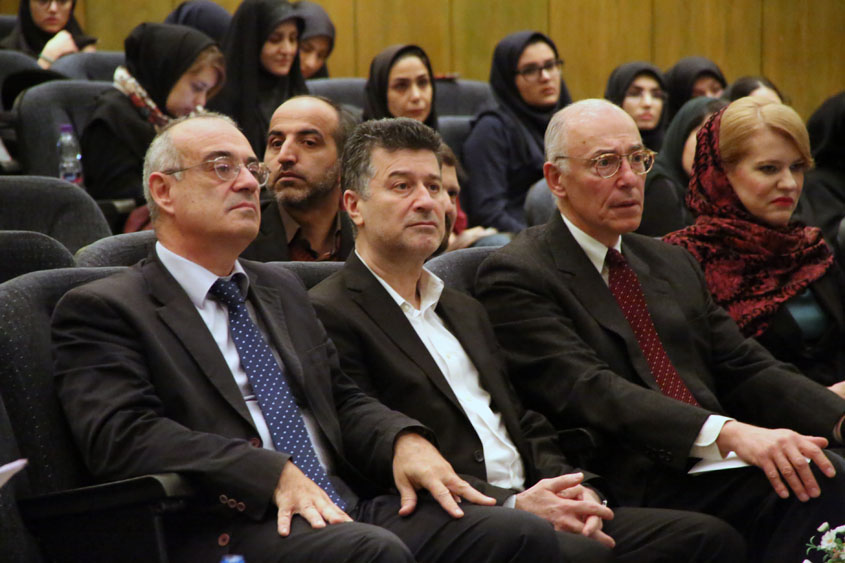 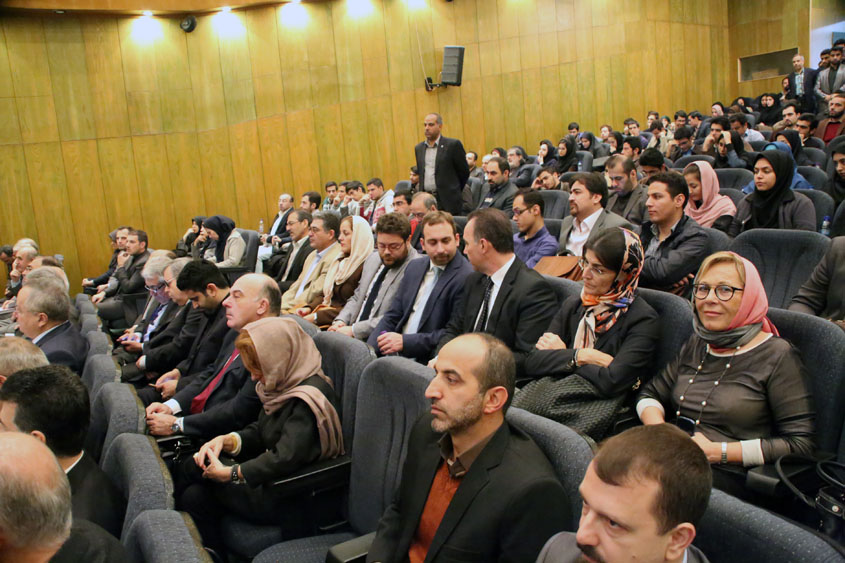 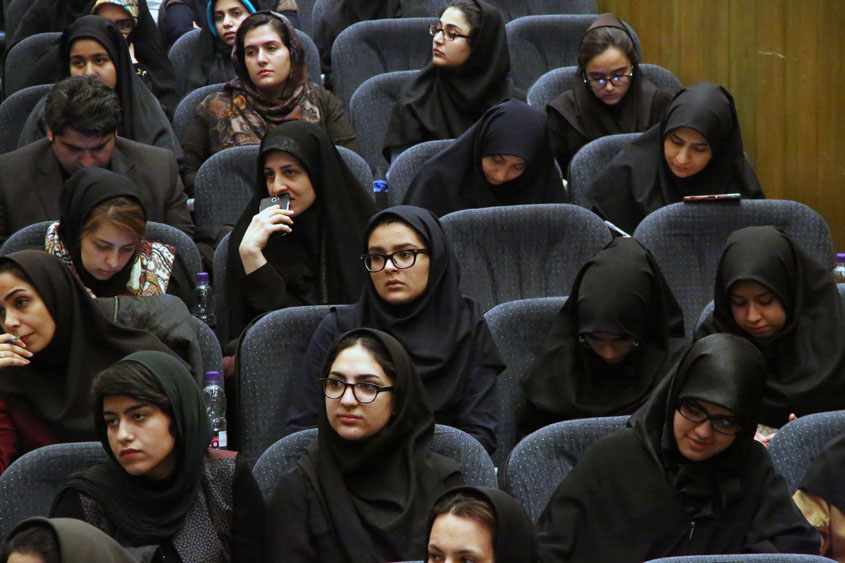 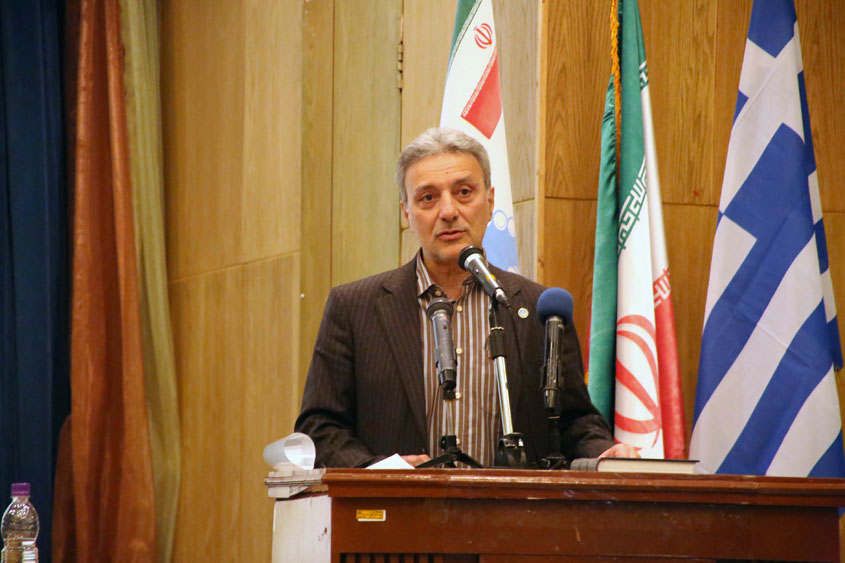 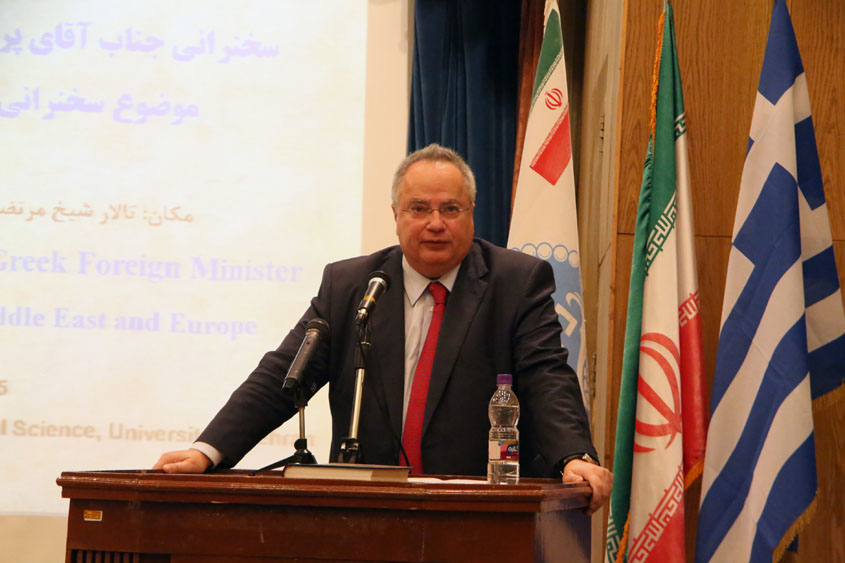 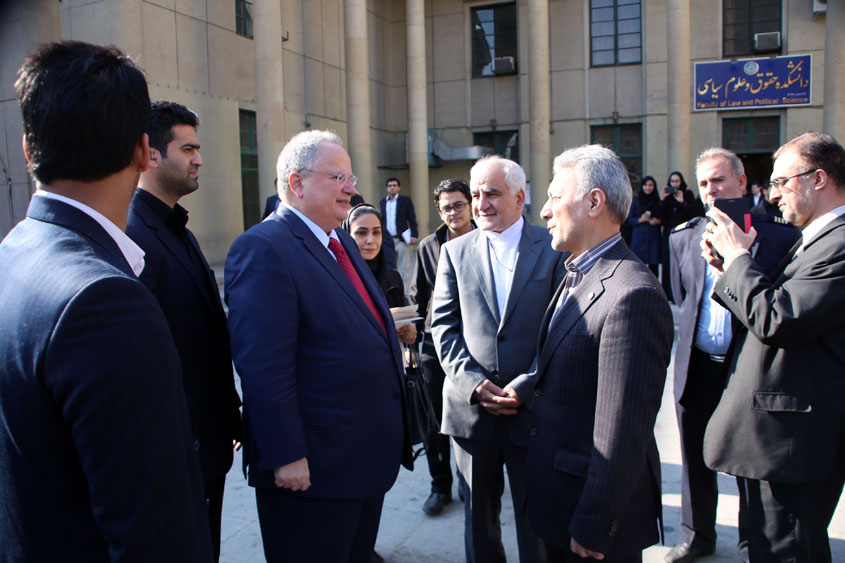