TEHRAN – Tehran historical schools will receive better maintenance and care based on a trilateral memorandum of understanding signed by the ministries of tourism and education and the Municipality of Tehran.

“In the meantime, the Education Ministry also has schools that are considered as valuable historical monuments and in addition to being tangible heritage, they also include intangible heritage due to some reasons ….,” he added.

The agreement could pave the way to launch “schools museums” that along with other cultural heritage museums and sites could help boom in traveling across the country, Mounesan noted.

The signatories met at Alborz High School, a college-preparatory unit located in the heart of Tehran. The school, which is an exemplar historical college in the country, is named after the Alborz mountain range, north of Tehran.

The school was founded as an elementary school in 1873 by a group of American missionaries led by James Bassett.

In 1932, the school received a permanent charter from the Board of Regents of the State University of New York.

In 1940 and during World War II, Alborz was removed from American management and placed under the auspices of the Iranian Ministry of Education. The school's name was changed from "College" back to "Alborz", and it was reinstated as a high school.

In 1944, Professor Mohammad Ali Mojtahedi, a member of the University of Tehran's faculty, was appointed as the president of Alborz. From then until 1979, and continuing after the Islamic Revolution, Alborz had the most successful period of its history.

There are other perfect examples of historical schools in Tehran such as Dar ul-Funun, which was established in 1851.

According to Encyclopedia Iranica, the number of students in its first year reflected the immediate popularity of Dar ul-Funun, with about 105 students enrolling in seven main subjects. Dar ul-Funun has an atmospheric garden that is hemmed by walls featuring Persian poetry inscribed on decorative tiles. Parts of the property have recently been handsomely restored with the aim of making it into a museum on education. 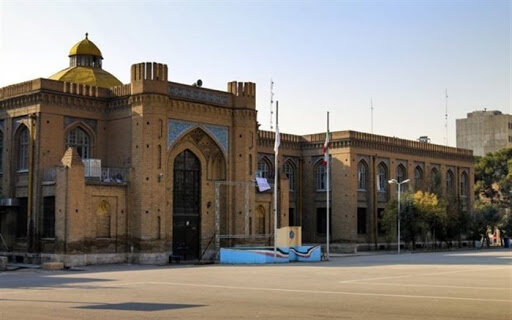