Mohammadreza Shajarian was the summit of Iran's mysticism and sound, and was a legend who rose from people and for people. He was at the same peak where Simurgh was nesting. His voice was charming since he was singing his heart out and his larynx was an instrument ready to take orders from people's hearts.

Be honest that live those who are honest

In the world, the honest are the most abled ones

The righteous are well-thought-of and get a good name

The dishonest will always be half-baked and raw. (Ouhadi Maraghehei)

I enjoyed the most when I was with him in my privacy. Art and music, and your voice truly energize everyone in any conditions. When doing scientific or vocational work, it raises our concentration. It is figured out that your voice donates the convergence of science, technology, art, and literature. 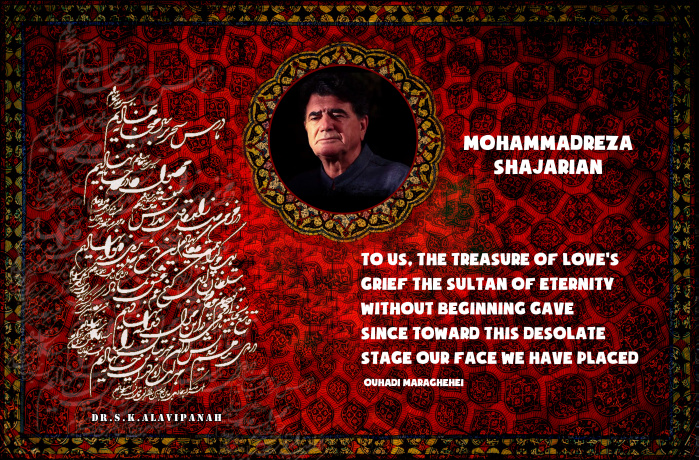