TEHRAN – TEHRAN – The Sapienza University of Rome[a UT partner university in Italy] will be playing host to photo exhibit on arts, monuments, relics, and architectural masterpieces that are scatted across Kermanshah province, western Iran.

“The ruins of Anahita Temple [which is popularly thought to have been attributed to the ancient deity Anahita] in Kangavar, and the Palace of Khosrow Parviz in Qasr-e Shirin constitute the main theme for the [photo] exhibit of Kermanshah’s Sassanid archaeological Landscape, which will be held at the Sapienza University of Rome,” director of Anahita Temple cultural heritage site announced on Tuesday.

“Last year, a team of experts from the Italian university conducted a survey at the historical Anahita Temple based on a five-year term memorandum of understanding we have,” the official explained.

Sapienza University of Rome has long been active in studies related to Iranian history and civilization.

Temple of Anahita in Kangavar, the Palace of Ardashir in Firuzabad, and the Anubanini petroglyph are among historical sites that are slated to be documented using the Italian expertise.

The province embraces awe-inspiring historical sites including Bisotun and Taq-e Bostan, both on the UNESCO World Heritage list. Inscribed into the base of a towering cliff, Taq-e Bostan comprises extraordinary Sassanian bas-reliefs of ancient victorious kings divide opinions.

UNESCO has it that Bisotun bears outstanding testimony to the important interchange of human values on the development of monumental art and writing, reflecting ancient traditions in monumental bas-reliefs. Measuring about 15 meters high and 25 meters wide, the inscription was created on the order of King Darius I in 521 BC. It bears three different cuneiform script languages: Old Persian, Elamite, and Babylonian.

The Sassanid era (224 CE–651) is of very high importance in the history of Iran. Under Sassanids, Persian art and architecture experienced a general renaissance. Architecture often took grandiose proportions such as palaces at Ctesiphon, Firuzabad, and Sarvestan that are amongst highlights of the ensemble.

Crafts such as metalwork and gem-engraving grew highly sophisticated, yet scholarship was encouraged by the state. In those years, works from both the East and West were translated into Pahlavi, the language of the Sassanians.

Rock-carved sculptures and bas-reliefs on abrupt limestone cliffs are widely deemed as characteristics and striking relics of the Sassanian art, top examples of which can be traced at Bishapur, Naqsh-e Rostam, and Naqsh-e Rajab in southern Iran.

The Sassanid archaeological landscape also represents a highly efficient system of land use and strategic utilization of natural topography in the creation of the earliest cultural centers of the Sassanid civilization. 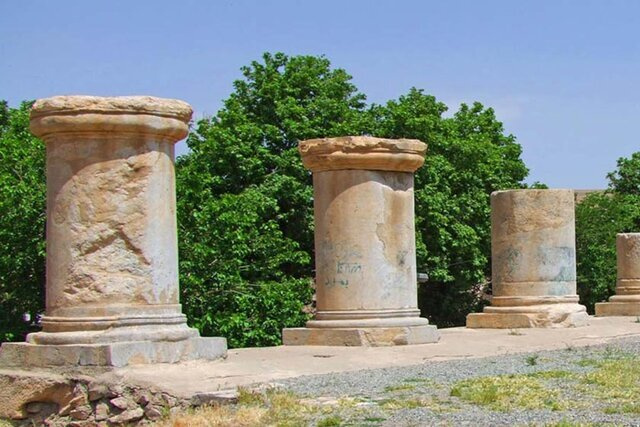