An inteview with Prof. Izadi, Academic Member of the Faculty of World Studies

TEHRAN - Foad Izadi, a professor at the University of Tehran, has said that racism in the United States is a “systematic” phenomenon.

“Racism in the United States has been institutionalized to the extent that it is more probable for an African-American person to go to jail compared to a white person,” he told ISNA in an interview published on Sunday.

The professor added, “The United States’ administration has no other way but countering the protesters violently, otherwise it will collapse because of problems and dissatisfaction [of the people].”

A video has went viral which shows brutal treatment of an unarmed African-American man under the knee of a U.S. police officer before his death.

George Floyd died on Monday after being pinned down by a white officer despite yelling: “I cannot breathe.”

The Iranian Foreign Ministry said via Twitter on Wednesday that the U.S. police’s brutality against African-Americans knows no boundaries.

“6 yrs after ‘I can’t breathe’ pleas of Eric Garner, #GeorgeFloyd, another black man, dies after a cruel, inhumane arrest,” the ministry tweeted.

“It seems that US #PoliceBrutality against blacks knows no boundaries. And as always, the response to calls for justice is employing even more force.”

U.S. President Donald Trump has lashed out at those protesting in Minneapolis over the death of the unarmed black man in police custody, calling those involved in a third night of street clashes “thugs”.

Trump said he would not “stand back and watch this happen to a great American City”, adding that he had spoken to Minnesota governor Tim Waltz and told him “the military is with him all the way”.

“Any difficulty and we will assume control but, when the looting starts, the shooting starts,” Trump warned, according to the Independent. 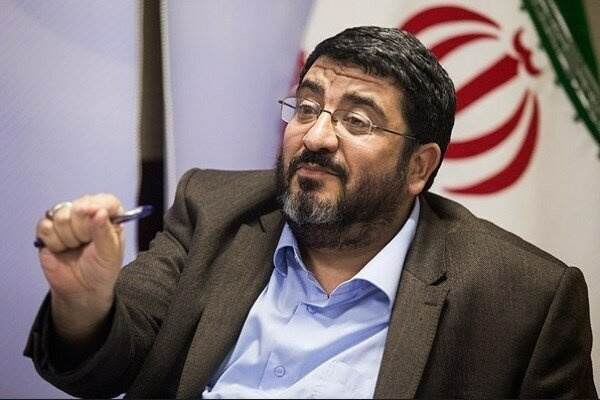