Prof. Yu, the Dean of the School of Government accompanied by Dr. Yajun Bao, a research fellow at the Research Center of Chinese Politics, Peking University and General Secretary of the Institute of Urban Governance met with Prof. Takhshid, Dean of the Faculty of Law and Political Sciences at 10 to 11 a.m. on 16 November, 2019.

During the meeting, both sides exchanged ideas on putting into effect the contents of MoU signed between the two universities in particular on establishing the Department of Chinese studies in cooperation with Peking University.

After meeting with the Dean, Prof. Yu and Prof. Yajun Bao met with Prof. Koolaei, Head of Department of Regional Studies and a number of other professors.

At 11 to 12 a.m. Prof. Yu presented a lecture in the presence of professors and students of the Department of Regional Studies which was received very warmly. The topic of lecture was Priorities of Chinese Dream.

Prof. Yu Keping is a University Chair Professor, the Dean of PKU School of Government and the Founding Director of PKU Research Center for Chinese Politics at Peking University. Prof. Yu Keping is a leading scholar and advocate of democratic governance in China. He was the former Deputy President of Central Compilation and Translation Bureau and the Founding Director of China Center for Comparative Politics and Economics (CCCPE). His major fields include political philosophy, comparative politics, globalization, civil society, governance and politics in China. Among his many books are Towards Good Governance (Beijing 2016) , Politics in Transitional China ( Hong Kong , 2016) , Essays : Democracy is a good thing, ( Brookings, 2010) . As a leading intellectual and advocate of democracy governance in China, Professor Yu has a number of honorary titles of Global Top Thinkers, by foreign Policy in the US. The China Quarterly in July of 2015 published a special article which reviews systematically “Yu Keping and Chinese Intellectual Discourse on Good Governance”, Prof Yu was selected to be the Most Influential Scholar of 2015 by Chinese Newsweek and the Annual Professor of SDN Encounter 2016 by the University of Sydney. 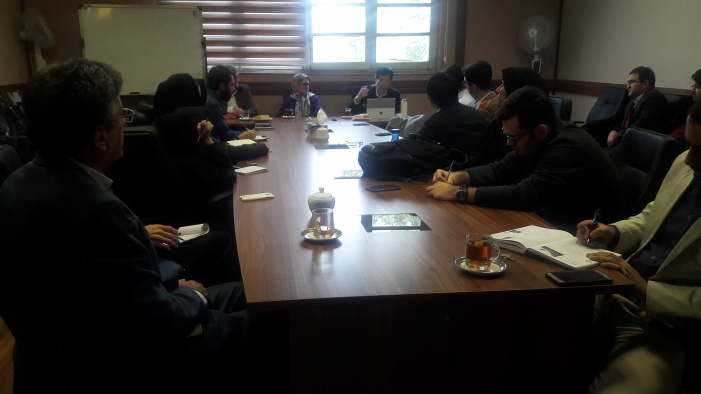