‘Thinking Race’ authors to speak at Toadstool in Peterborough

Mary Catherine Bateson and Richard Goldsby have co-authored the new book “Thinking Race: Social Myths And Biological Realities”. On Saturday, Nov. 23, they will be at the Toadstool Bookshop in Peterborough at 11 a.m. to discuss and sign the book.

In their new book, the authors clarify the relationship between biology and race, showing how racism can result from a misguided blending of biology with social construction. Using arresting examples, they aim to help readers accept the reality of human difference while understanding human unity. Controversial issues of race and IQ, race and athletic ability, and perceptions of race and beauty are examined, as are those of affirmative action and reparations for slavery. The authors also explore how income inequality, healthcare disparities, unequal access to education, an unfair justice system, and mass incarceration all call for constructive social policies that remodel American society in ways that will build a better, more resilient, and happier society. The goal is a society in which equal civil rights are clearly derived from the recognition of equal human rights, and equal opportunity provides the pathway to equitable results.

Bateson is the Robinson Professor Emerita of Anthropology at George Mason University in Virginia. She followed her parents, Gregory Bateson and Margaret Mead, into anthropology, with an emphasis on linguistics and Middle Eastern studies. She has taught at Harvard, Amherst College, and Northeastern University, and served as visiting faculty at Spelman College, Ateneo de Manila University in Manila, and Damavand College and the University of Tehran in Iran.

Goldsby is the Thomas Walton Jr. Memorial Professor Emeritus at Amherst College. Now visiting scientist at MIT’s associated Whitehead Institute, he has taught at Amherst, the Universities of Massachusetts and Maryland, Stanford, and Yale, where he was briefly master of Pierson College. He has written books in the areas of immunology, cancer, AIDS, and race. This is the second book he has coauthored with Bateson. 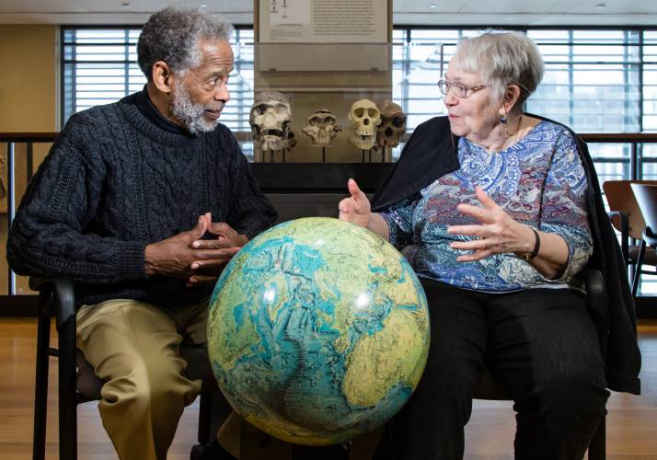